DROWWORD is a mini RPG that uses Scrabble tiles instead of dice, where you play as naughty dark elves trying to steal as many shiny trinkets as possible!

If you’d like to support me on DriveThruRPG, you can Pay What You Want for this title here.

Or you can download a PDF of this game here. 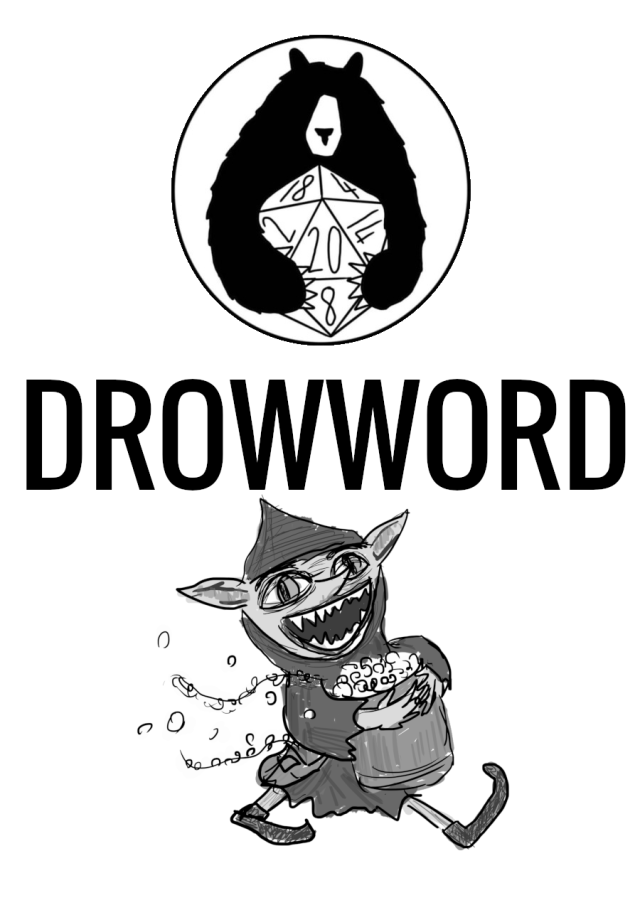 The Drow – sometimes known as Trow or Dtrow – are mischievous sprites with pale skin and dark hair that inhabit the Orkney Islands. At night, when the moonlight paints the earth, they emerge from their drowie knowes to sneak into nearby towns, causing mischief and stealing items to take home to their burrows. They love music and are particularly beguiled by songs and stories, drawing the power for their tricksy magick from written and spoken words. As they run through the darkened streets and across the wild cliffs, they draw letters from their sporrans to cast spells on those who would spot them or stand in their way.

As well as their love of music and stories, Drow love trinkets and toys. They’re very much like magpies in a way, taking anything shiny or interesting and bringing their treasures back to decorate their earthy burrows. You and your friends take on the role of tricksome Drow – try to collect as many treasures as you can along the way, before daybreak and the end of your mischief. If you can beguile a performer to follow you back to your burrow and perform for you, then all the better.

The Drow Queen will give her greatest accolades to those who bring back the most beautiful treasures, but if a human performer can be found to entertain the Queen, then glory is certain. Each of you has a magick bag, that will, with some magical effort, stretch to fit any object that you put inside, however any living being placed into the bag will die.

Whenever you attempt something where the outcome is uncertain, make a MOVE. Choose the most appropriate MOVE from those outlined. When you make a MOVE, you must draw from a bag of Scrabble Tiles until you have drawn 10 points’ worth of Tiles. Blank Tiles are worth 0 points and still count against the number of Tiles drawn.

The number of Tiles drawn determines the success of the MOVE.

A SUCCESS means that all goes to plan.

A MIXED SUCCESS results in an unforeseen consequence, a tough compromise, or comes at a cost.

When you ‘Hold’, you gain points ongoing towards your next draw.

A player with Hold 2 would only have to draw 8 points’ worth of Tiles on their next draw.

Once the Tiles are drawn, place them back into the bag unless any need to be discarded.

Tiles to be discarded are picked at random from those most recently drawn. 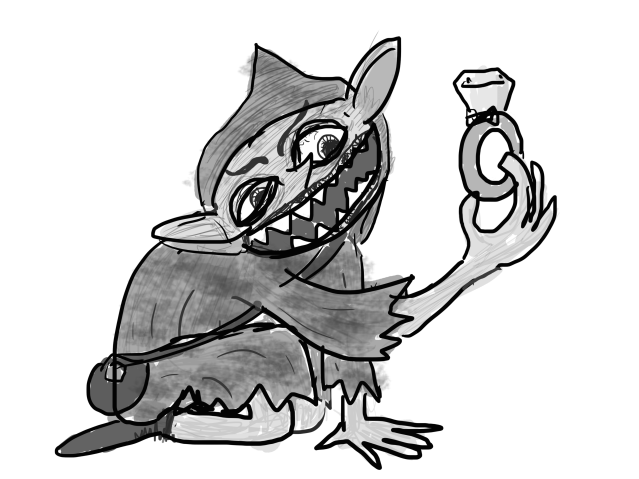 There are four types of Drow. Each has their own talent that makes certain tricksy magick easier.
CHARMERS – Always Hold 2 when drawing Charm 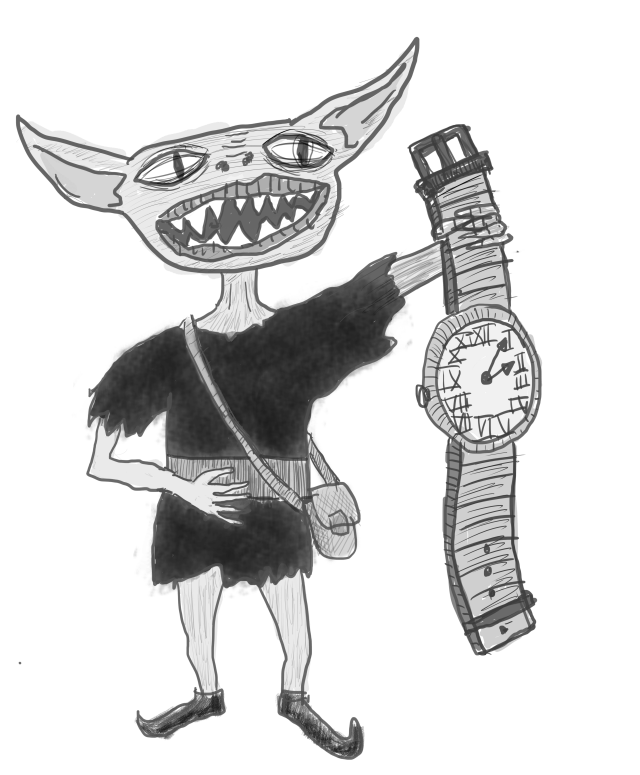 There are five basic MOVES. Four of these are tricksy magick, one is plain mischief.
CHARM Hold a human in your thrall for a short while

VANISH – Completely disappear from sight for a few moments

MISCHIEF – Any action not covered above 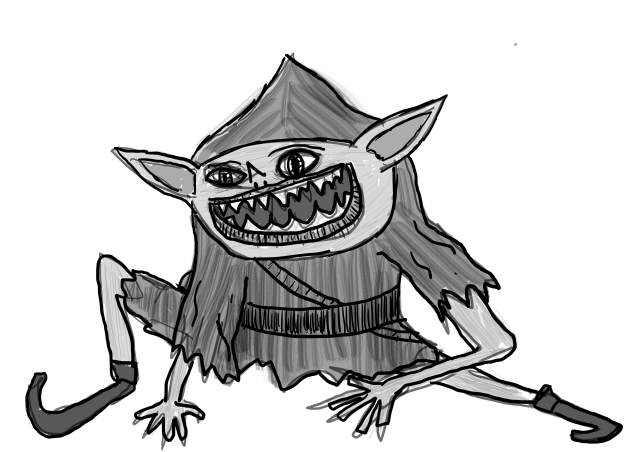 THE POWER OF WORDS

Drow can summon the power of words to avoid failure.
When you pull a failing number of Tiles from the bag, you can attempt to THE POWER OF WORDS to save yourself, but beware – drawing on this power pulls magic from the world and brings on Daybreak.

If you can make a word out of the letters you drew when failing, you can push your FAILURE to a MIXED SUCCESS or a SUCCESS. The longer the word you make, the more powerful your push. Blank Tiles can be used to represent any letter.

If a word cannot be made within a minute, the action is considered to have failed.

The Tiles you use to make the word are discarded, along with any others required to be discarded as part of the MIXED SUCCESS.
If you can make a word that is appropriate to the story at that current moment, Hold 1 extra.

Variant rule: You can discard 6 Tiles without making a word for a 5-6 Tile MIXED SUCCESS. 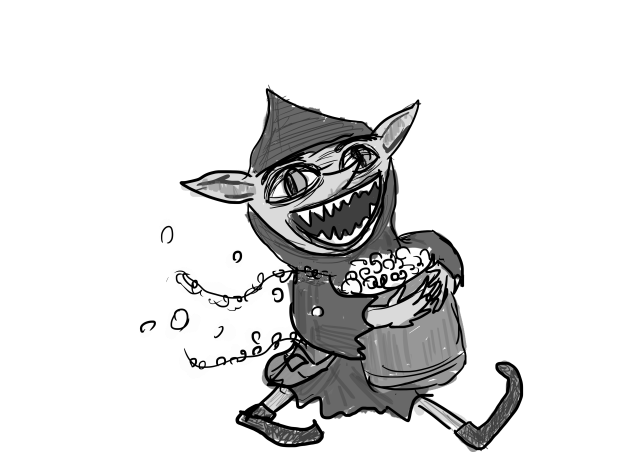 Drow cannot survive in sunlight. Much like their Norwegian cousins, the Trolls, they will turn to stone if the sun’s rays touch them. If there are no longer enough Tiles to draw to generate successes, then the game ends – the sun rises and your mischievous Drow forms are petrified until the next nightfall, when you can begin your mischief once again.